YHMD began in 2005 as an initiative of youth workers from Blue Mountains Youth Initiative (BMYI), a Blue Mountains Region interagency of youth services that work with homeless young people. The Youth homelessness peak of NSW (Yfoundations) was equally concerned regarding the lack of public awareness about young people at risk or experiencing homelessness. Yfoundations was also concerned at the lack of awareness at the political and policy level and the lack of traction on the political/policy agenda.

In most instances, they do not have a home because they are escaping conflict and violence. They find it almost impossible to find a home because of the housing affordability crisis in Australia.”

In 2016 I was left alone, with no guidance on what
to do. I was flipping out about my housing. My
mum had just passed away and I had no supports
around me aside from my aunty who lived in
another State. I had no money and had tried many
times with Centrelink to get more money
somehow but they didn’t care and didn’t help. No
one wanted to help, it was really hard.
I felt alone and that there was no one around to
help someone like me, going through what I was
going through. My mum hadn’t left me anything
behind, I had no knowledge of budgeting or paying
bills, all of these things I had to learn.
I had all my mum’s belongings surrounding me in
the house and this was sending me into significant
depression. I wasn’t able to move forward. My
youth worker have helped me by assisting with
clearing out my house and letting go of my mum’s
belongings. I was helped financially to do this with
the help of a big skip bin, but also emotionally.
I feel free now. I got help to purchase new
householditems, including pots and pans. My mum’s
were old and trashed. This motivated me to start
cookingagain, I was just eating easy and unhealthy
meals. I feel more ownership over my house now. I
feelthe items are mine and I’m not living in the past.
Moving forward I see myself looking for work and
saving to travel the world to experience new
cultures. Getting some support was life changing.
I honestly was entering into severe depression, I
had just lost my mum and was so alone. I can’t
stress enough how great it was to have some help
to move on with my life.
The link between homelessness and those transitioning out of state care cannot be ignored. CREATE has found that almost 35% of young people experience homelessness within a year of leaving care. This may be an underestimate though, as other studies have found that 63% of the homeless young people in their study had spent time in the out-of-home care system.

Youth homelessness and the out-of-home care system in Australia 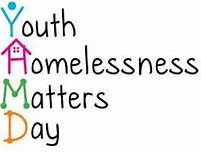 CREATE has long been advocating for extending out-of-home care support services beyond the age of 18. It’s estimated that each year 700 young people leave state care at 18, with 50% of these care leavers ending up homeless, unemployed, in jail, or becoming a new parent within a year. Recently there has been some effort from state departments to improve outcomes for young people leaving care. In some states this includes trials of extending the leaving care age. Support services need to be extended to 21 across all states and territories, and needs to be available to all young people transitioning from out-of-home care, not just a select few included in a trial. Extending care supports to 21 is expected to halve the percentage of young people who become homeless after leaving care from 39% to 19.5%.

Later this year CREATE is set to release our Transitioning from Out-of-Home Care to Interdependence in Australia Report, which will provide an in-depth analysis of young people who have transitioned from care.