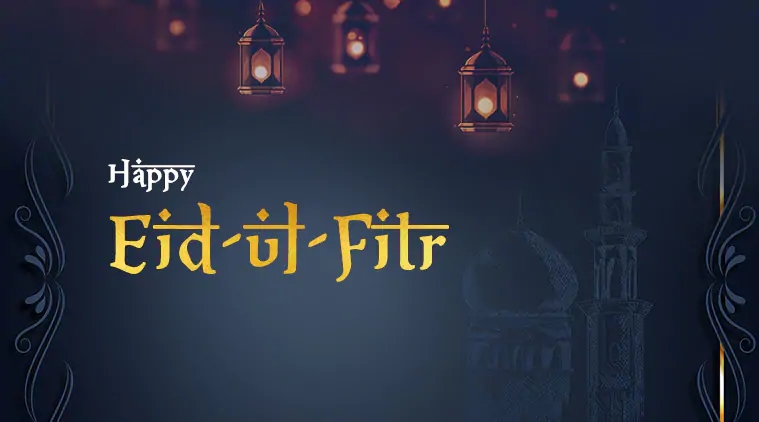 Muslims worldwide will be celebrating Eid-ul-Fitr or ‘Festival of Breaking the Fast’ this week to mark the end of the month-long dawn-to-dusk fasting. Ramadan, the nineth month of the Islamic lunar calendar, marks the revelation of Qur’an to Prophet Muhammad, and lasts between 29 and 30 days, depending on the sighting of the moon. The first day of Shawwal, the 10th month of the lunar Islamic calendar, is celebrated as Eid-ul-Fitr.

The festival begins with Muslims taking a bath or performing an ablution to clean themselves and wearing their best attire before heading to mosques or open spaces called Eidgahs to offer mandatory congregational prayers known as Eid-ul-Fitr prayers. Muslims are also required to pay the Sadaqa-al-Fitr or Zakat-al-Fitr, a charitable donation before the Eid-ul-Fitr prayers. This donation is separate from Zakat, which is one of the five pillars of Islam, a charitable donation that is calculated annually as a percentage of extra wealth.

Ramzan Id/Eid-ul-Fitar is a public holiday. It is a day off for the general population, and schools and most businesses are closed.

It is not possible to predict the date of Eid-al-Fitr according to the Gregorian calendar accurately. This is because the month of Shawwal begins, and hence the month of Ramadan ends, after a confirmed sighting of the new moon, either in Saudi Arabia or locally. The new moon may be sighted earlier or later in specific locations. Hence, many Muslims in different communities, for example on the east and west coasts of the USA and Canada, may begin the Eid-al-Fitr celebrations on different dates.

This year, Eid ul Fitr will be celebrated in India on June 5, 2019, while UAE and Saudi Arabia celebrated the festival today after the moon was sighted late on Monday evening, reported the Khaleej Times.

Many other countries including Turkmenistan, Kazakhstan, Uzbekistan, Tajikistan, and Afghanistan also celebrated Eid today. Meanwhile, Eid ul Fitr will be celebrated in Indonesia, Japan, Malaysia, Thailand, Pakistan, India, and Australia on Wednesday as soon as the moon is sighted.

Hazratbal, Srinagar: A massive number people submit prayers at Hazratbal that houses the holy relic of Prophet Muhammad. It is the right destination to submit prayers sited on the banks of Dal Lake. The city of Srinagar wears a festive look on the eve of the festival. The streets of the city are filled with people shopping for this beautiful festival.

Mecca Masjid, Hyderabad: Macca Masjid is also known as Makkah Masjid. It is one of the largest custom buildings of the old city of Hyderabad, the capital city of Andhra Pradesh. More than 10,000 devotees can be accommodated in the building in just one go. During the festival of Eid al-Fitr, the masjid becomes a prime center of activity and prayers. Devotees across the city and the nation gather at this place to exchange gifts and greetings.

Taj Mahal Mosque, Agra: Taj Mahal attracts a massive number of worshippers on the eve of Eid al-Fitr every year. Thousands of Muslims assemble in front of the red sandstone mosque and submit prayers. The entry to Taj Mahal is free for the complete day. It is the best day to experience the heritage of the Islamic culture. If you are looking for a better place to spend Eid al-Fitr holiday 2019, consider this place.

Masjid-E-Khadria, Bangalore: Masjid-E-Kadria is an amazing mosque sited in Bangalore, the capital city of Karnataka. This holy place is situated inside Quddus Saheb Eidgah. People gather at this place to submit prayers during this festival every year.

Haji Ali, Mumbai: Haji Ali is the best epitome of the Islamic architecture. The people from all religions visit this place to offer prayers on the festival day. Some visit this place for their spiritual faith.